Parse Dashboard provides a powerful interface to the rich features of your Chisel environment and helps you unlock the powers of your Parse-Server instance. 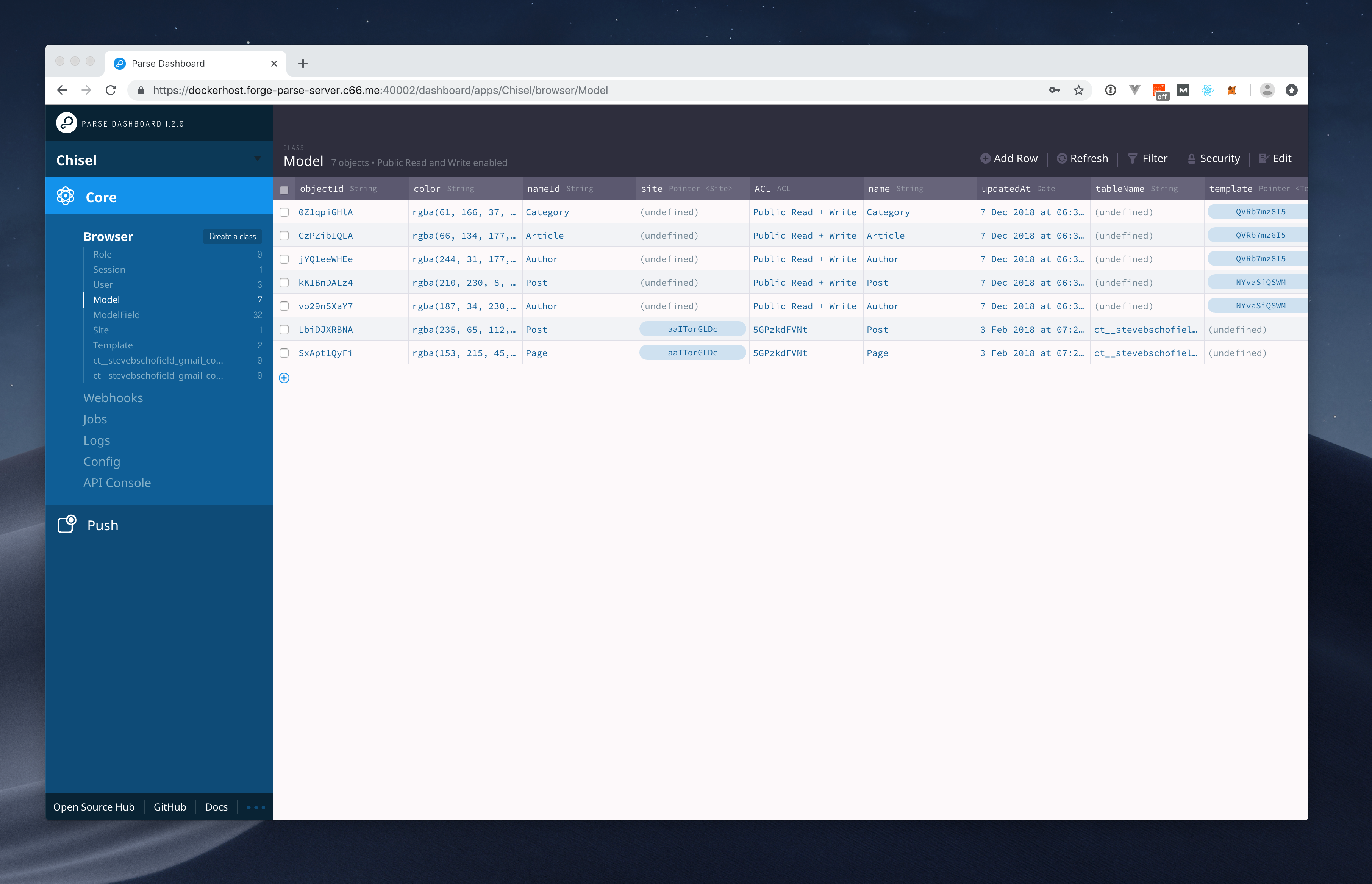 Parse Core gives you direct access to your MongoDB data store, with abilities to view the data in a nice table view interface. You can directly manage rows and columns, make queries and generally take care of your data. 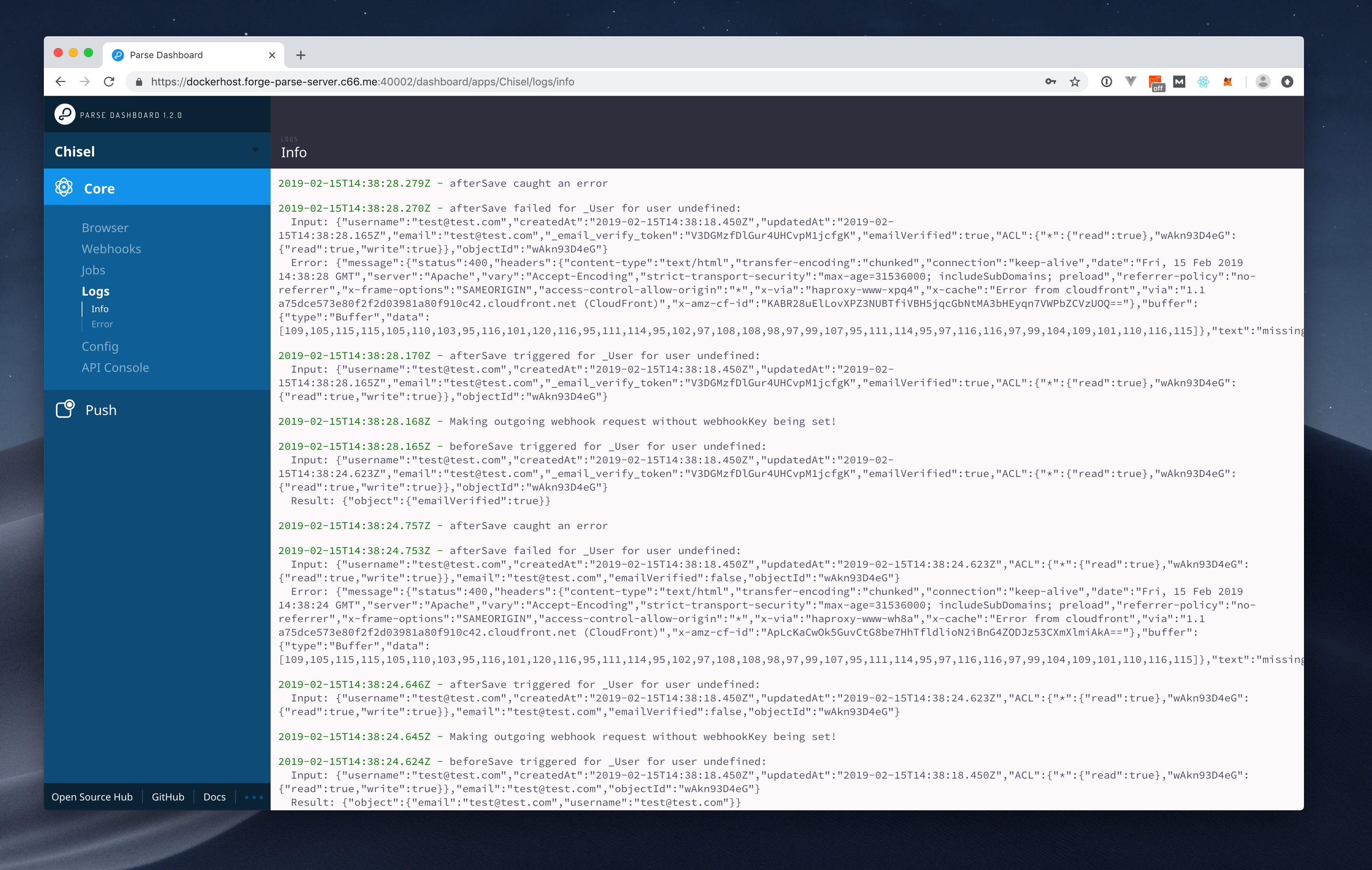 It's important for your own support or the support of other users of your Chisel environment to be able to check logs for errors and other activities of interest. 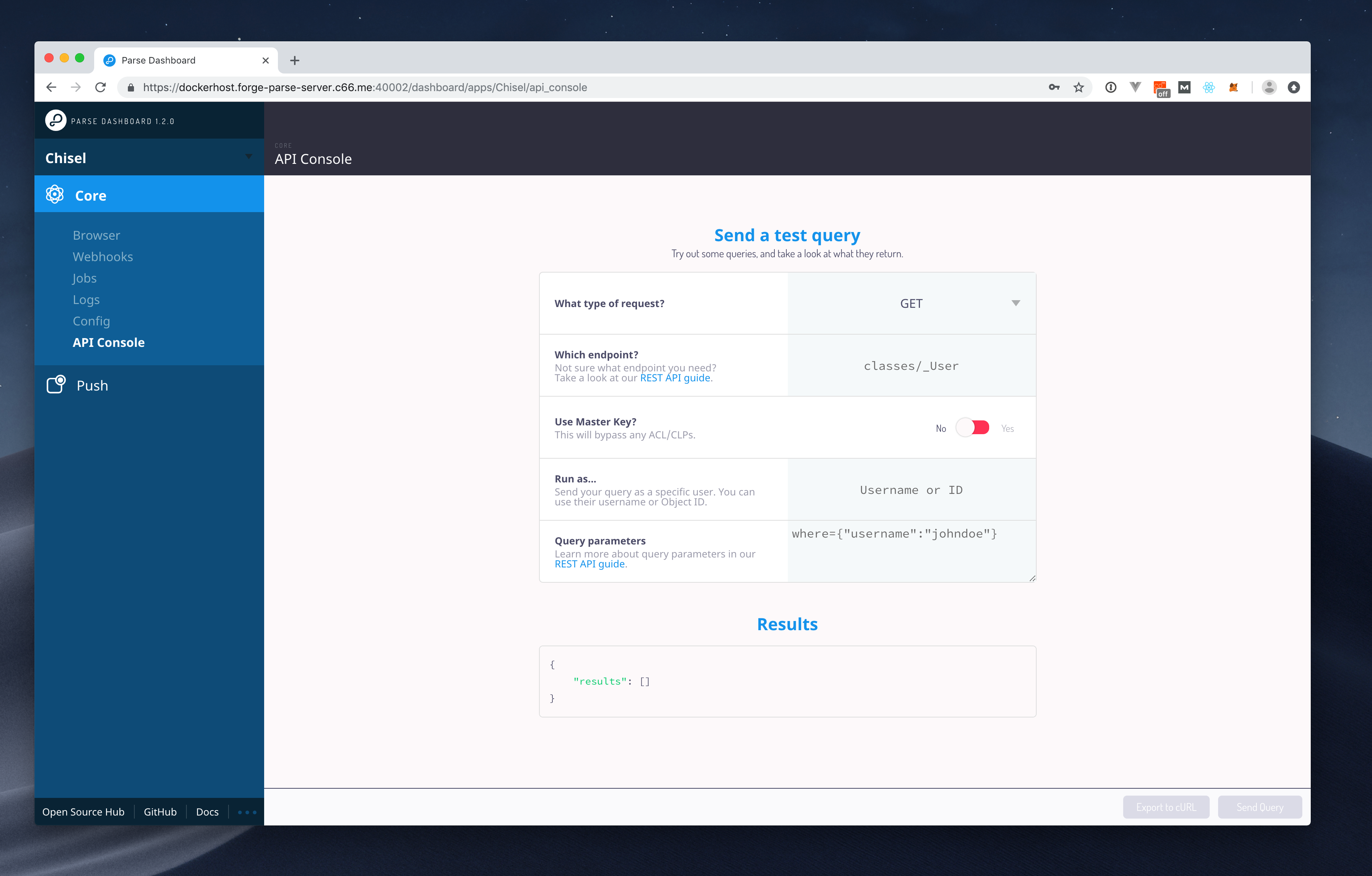 You can make API requests and generally test endpoints, very useful for integrating your content into websites, apps or wherever else you want your content to go. 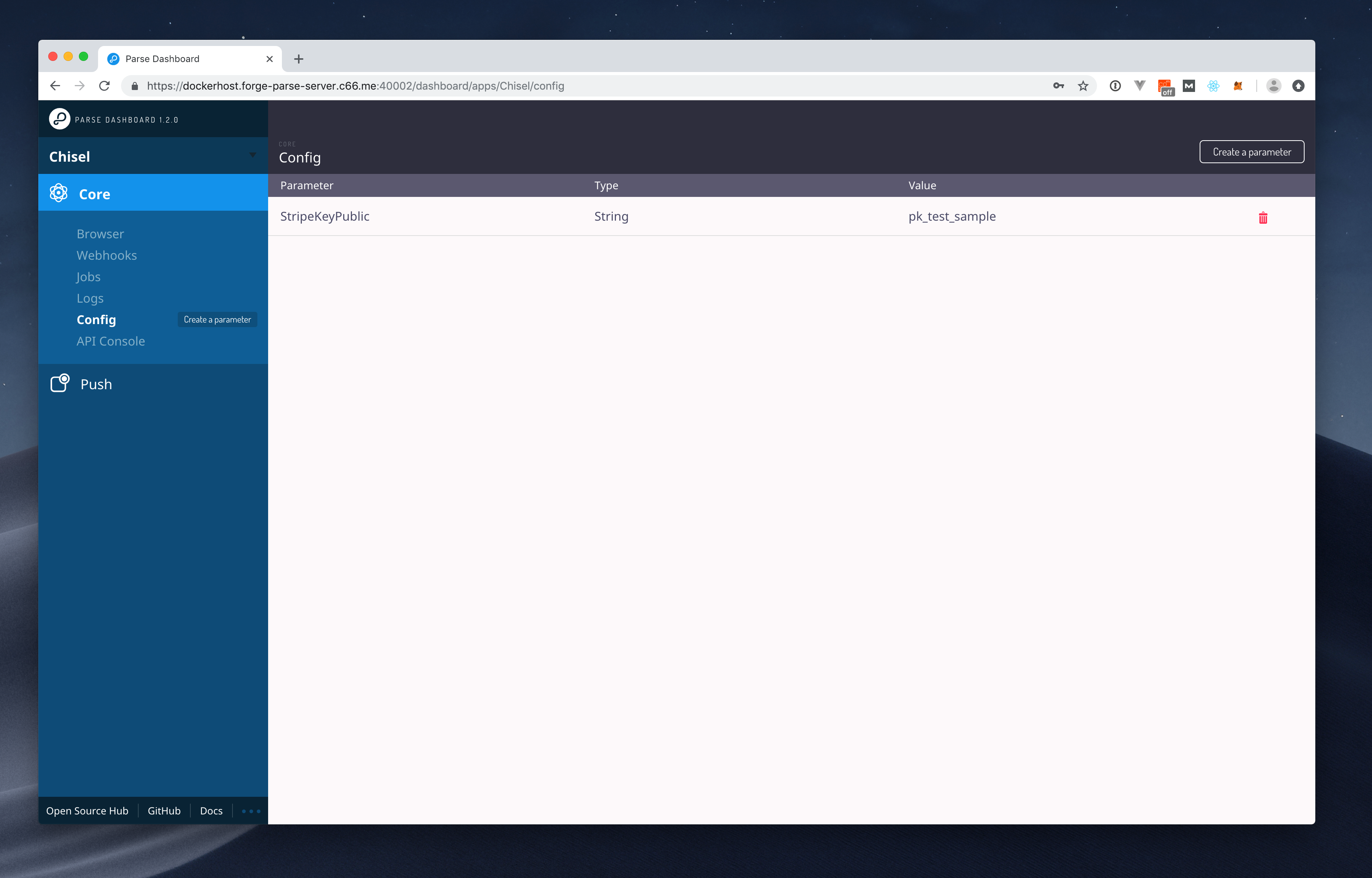 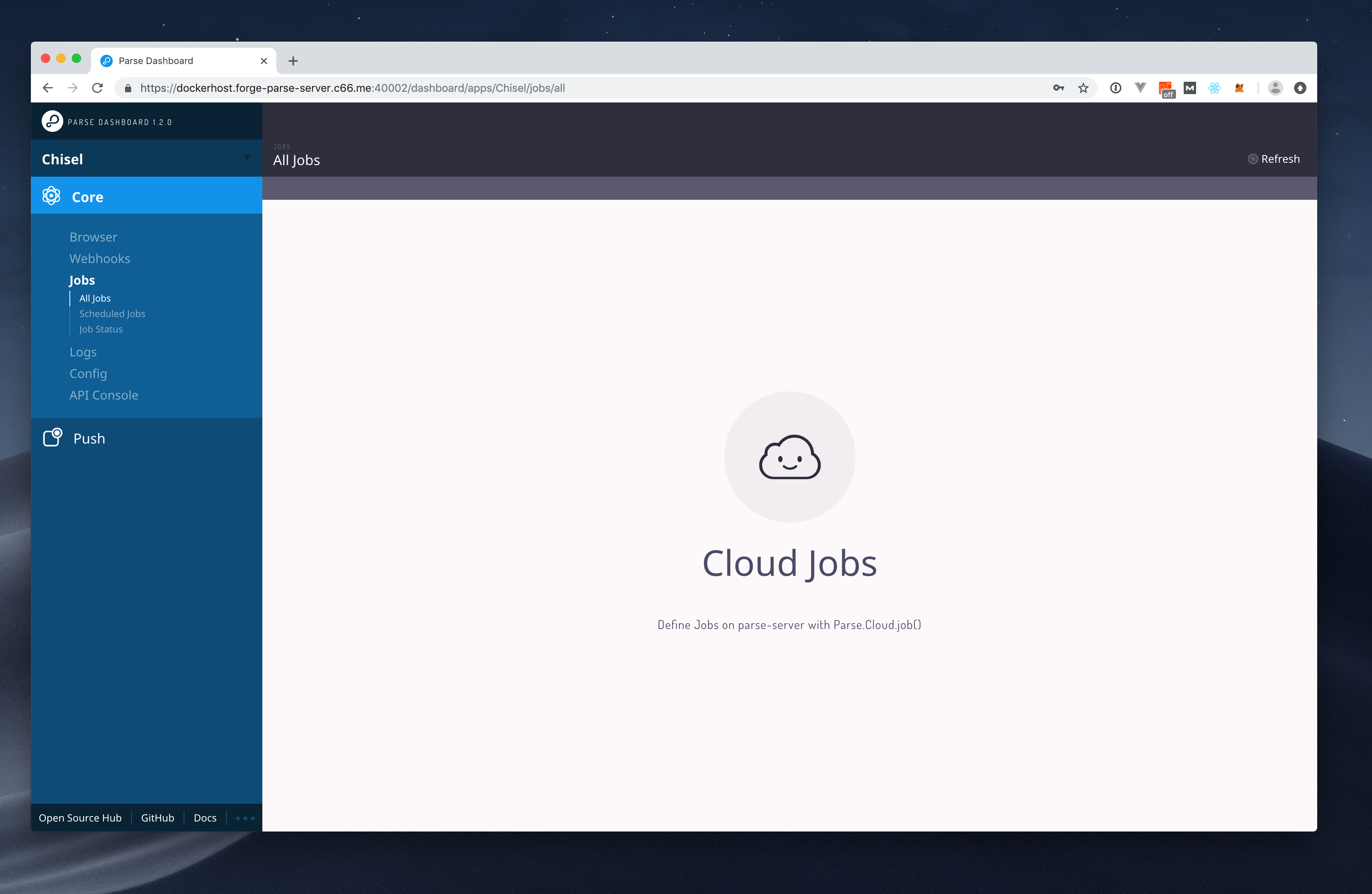 Jobs queues and scheduled jobs are another powerful feature of Parse Server. Parse Dashboard allows you to see the jobs you have running, though there's no UI for creating the jobs themselves - this needs to be done using Cloud Code. 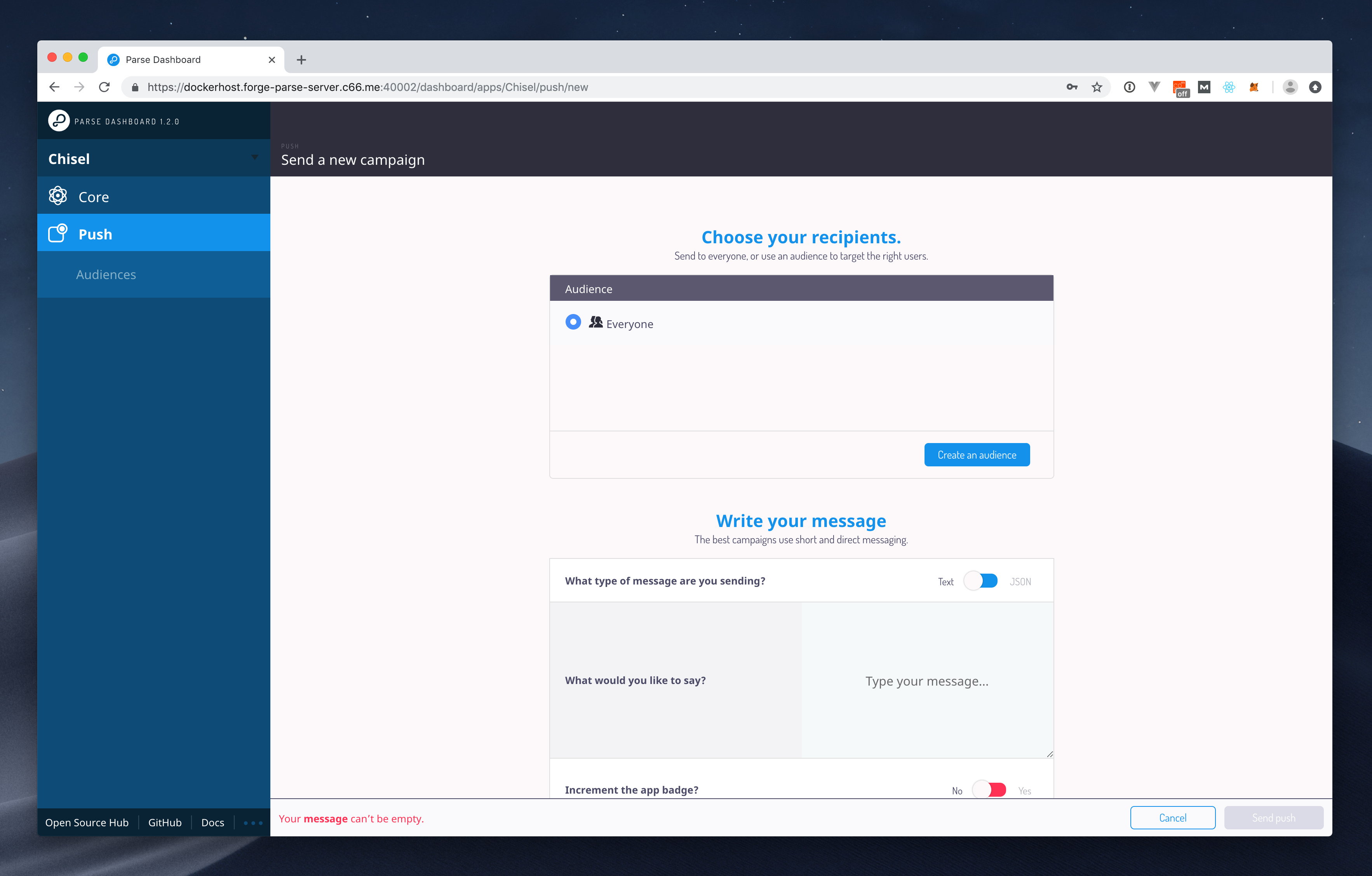 One of the great features that your get for free with Parse-Server is the ability to send out automated Push messages to native mobile devices (iOS, Android) or to Desktop Client applications (Windows, MacOS).

This is compatible with the Client SDKs for each platform.

If you're setting up Parse-Server locally or deploying it yourself from the github repo, then you can activate Parse Dashboard with simple configuration.

In config.json in the Parse-Server-Starter project, you will find the "extraConfig":{}

In this configuration you will want to provide three key:values

Forge enables Parse Dashboard by default. When you Parse Server is deployed, you will be provided a link in the Forge admin dashboard.

You can login to your Dashboard using your Forge account email address and the password specified in the Parse-Server app form.